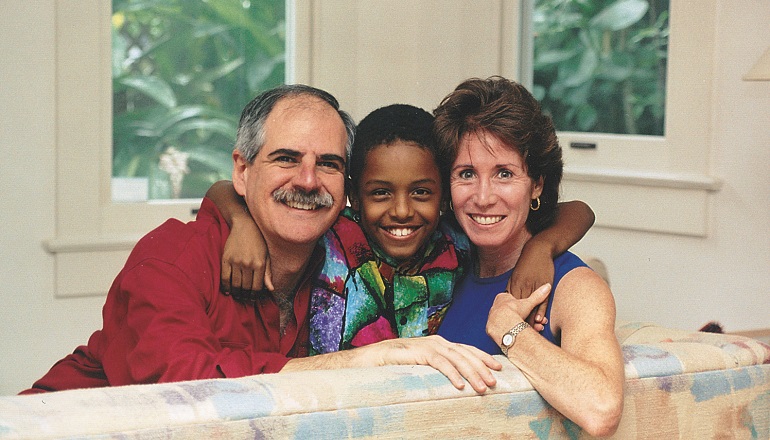 Adoption is a beautiful opportunity to provide a child with a life filled with love, support, and stability. But the process can sometimes be long and complicated. In honor of National Adoption Month, we asked parents who have gone through it what others should know — and this is what they said.

The process can be long.

According to the Adoption Network, wait times can be anywhere from a few months to a year or more — and it can take even longer for international adoptions. “Once we were matched with our girls in Malawi when they were 2 years old, we had to wait two more years to bring them home. It was gut-wrenching,” says Christina Dettman, blogger at Off Script Mom, and adoptive mother of two daughters.

It can be super expensive.

According to BankRate, adopting a child from a private agency can cost on average $20,000 to $40,00 and the cost of working with an attorney and not involving an agency may range from $8,000 to $40,000. “The very first attorney we visited in Florida told us we needed to have $60,000 in the bank in order to adopt, this was after paying $500 just for them to see us,” says Aida Phillips, adoptive mother of a 7 year old daughter

Healthcare costs can be high, too.

“Raising children costs a lot of money and adopted kids may need some special services and supports and therapeutic interventions along the road to healing,” says says Mary T. Keane, executive director of You Gotta Believe! and adoptive mother. According to a study published in Pediatrics, adopted children are more likely than biological children to have special healthcare needs, moderate or severe health problems, learning disabilities, developmental delays, and physical impairment.

There’s a LOT of paperwork.

“The most time-consuming part for us was the prep work to get our dossier together,” says Dylann Crush, a romance author and mother of an Ethiopian boy she adopted nine years ago. Of course, for international adoptions the requirements vary by country, but across the board parents say the process is cumbersome.

You have to be ready at any moment.

“You get a call, are told there is a born baby, and you have one hour to decide if you want to adopt the child,” says Jenny Vallimont of Gökotta, who separately adopted two biological siblings. “You have to have your home and gear ready to jump on a plane at any time.” That’s why it’s crucial to be prepared.

The screening process with social workers can be grueling, according to Vallimont. “They asked us the most invasive questions: about our sex life, our bank accounts, our jobs. We had to get fingerprinted,” she says. “We were being evaluated to see if we were worthy of being parents and there was nothing we could do to change the process or outcome.”

Make sure your relationship is ready.

Every adoption process has different requirements, including age, marital status, criminal history, medical health, education, and more. “You have to be ready to be honest with your partner, and yourself, about your biases, limitations, and desires,” says Vallimont. “Some of those issues will be quite uncomfortable to discuss.”

“Being educated and finding the right resources is absolutely imperative,” says Erica Walter Schlaefer, founder of Parenthood for Me and adoptive mother of South Korean boys. There are adoptive training courses you can take to help you better navigate healthcare issues, tax benefits, and more.

Be open about your child’s past.

Many welfare and psychology experts recommend introducing the idea of adoption to your child as young as two years old, according to Psychology Today. “The truth is you may not be ready for the questions they ask, but emotionally prepare yourself to tell them the truth. Small chunks at a time, but don’t hide it from them,” says Kym Whitley, TV personality on OWN’s Raising Whitley and adoptive mother to her son Joshua.

Kids experience trauma at all ages.

“I wish we’d understood the massive trauma that surrounds adoption,” says Crush. “We thought that by adopting an infant we’d manage to avoid the majority of the emotional baggage that we’d heard about. But the fact is, adoption, by it’s very nature, is traumatic.”

Foster children may grieve, too.

“They may have a difficult time accepting the fact that they will never return to live with their biological parents or birth family members again,” says Dr. John DeGarmo, the founder and director of The Foster Care Institute and father of three adoptive children from foster care. He says as a parent, you should allow your child time to grieve the loss of connection with his or her birth family, encourage them to discuss their feelings of grief with you as you listen attentively, and validate their feelings and emotions.

Some emotional barriers may last a lifetime.

According to Keane, some issues may very simply not go away in a child’s life. “I think [parents] have to be sensitive to the long term effects of trauma and fear of abandonment the children feel,” says Keane.

Don’t take everything to heart.

“The children have been through some traumatic things and when they lash out or don’t know better it is not personal towards you, but their defensive mechanism,” says Aleisha Bryant, mother of five adopted children. She urges new adoptive parents not to take these actions personally.

Though supportive, it can be uncomfortable for friends and family to understand adoption due to the misconceptions and social stigma. “Everyone tells us how lucky [our son] is to have found us. I know they mean well, but I absolutely hate that sentiment. If anyone’s ‘lucky’ it’s us. He’s brought so much joy, silliness and love to our home,” says Crush.

Cross-racial adoptions have their own challenges.

“There are always struggles with other people’s misconceptions about adoptions, with things they may say that can be hurtful to the children and misunderstandings they have, especially in cross-racial adoptions,” says Keane. And according to Vallimont, these misconceptions can sometimes lead to racism: “We’ve experienced racism in many forms. The worst type is the subtle or indirect racism and it can be exhausting to figure out how to handle it.”

Sometimes you can have a relationship with the biological parents.

“I did not expect to have contact with and remain in contact with my daughter’s foster family,” says Donna Sadowsky, who adopted two girls from China. But for her, it’s been a wonderful experience: “We were blessed with the opportunity to go back and visit with her family recently and hope to do so again in the future.”

There’s a community for support.

The adoption process can be overwhelming and confusing, especially the first time around. Fortunately there are a ton of resources and support groups out there. “I was surprised — and comforted — by the adoption community,” says Dettman. “It can be isolating without families who have been in your shoes so it’s nice to connect with families who understand your journey.”