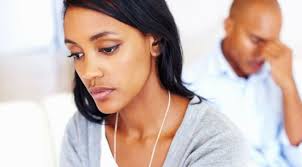 Certainly, there will be differences and disagreements within a marriage, but some differences are too major to ignore, such as core values and beliefs. One spouse may have one religion and the other may have a different belief. As you may have guessed, this could cause major trouble down the line when one spouse gets tired of doing things separately, such as going to different places of worship. Such marriage problems are extremely common in cross cultural marriages. Other differences include core values. These include the way children are reared and the things they were taught during their childhood, such as the definition of right and wrong. Since everyone does not grow up with the same belief systems, morals and goals, there is a lot of room for debate and conflict within the relationship.

Many people do not consider their life stages when it comes to a relationship. In some instances, marriage issues occur simply because both spouses have outgrown each other and want more out of life from someone else. This is a common issue among married couples who have a significant age gap whether is it an older man and younger woman or older woman and younger man. Personalities change with time and couples might not remain as compatible as they once might have been. Couples with age difference, who are in different phases of life face this problem in marriage

When couples go through traumatic incidences, it just adds more challenge in their married life problems. Traumatic situations are other problems that couples may experience.  A lot of traumatic events that occur are life-changing. For some married couples, these traumatic situations become problems because one spouse does not know how to handle the situation at hand. One spouse may not know or understand how to function without the other due to them being in the hospital or on bed rest. In other situations, one spouse may require around-the-clock care, causing them to be solely dependent on the other spouse. Sometimes, the pressure is too great and the responsibility is too much to deal with, so the relationship spirals downward until it comes to a complete end.

Stress is a common problem in married life that most couples will face at least once within their relationship. Stress within a relationship can be caused by many different situations and instances, including financial, family, mental and illness. Financial problems can stem from a spouse losing their job or being demoted at their job. Stress from family can include children, problems with their family or the spouse’s family. Stress is triggered by many different things. How the stress is managed and handled could create more stress.

Boredom is an underrated but serious marital problem. With time some spouses become bored with their relationship. They may get tired of the things that occur within the relationship. In this situation, it comes down to being bored with the relationship because it has become predictable. A couple may do the same thing every day for many years without change or without a spark. A spark usually consists of doing spontaneous things from time to time. If a relationship lacks spontaneous activities, there is a good chance boredom will become a problem.

Jealousy is another common issue that causes a marriage to turn sour. If you have an overly jealous partner, being with them and around them can become a challenge. Jealousy is good for any relationship, as long as it is not a person being overly jealous. Such individuals will be overbearing: they may question who you are talking to on the phone, why you are talking to them, how you know them and how long you have known them, etc. Having a spouse that is overly jealous spouse can put a strain on the relationship; a lot of stress will eventually end such a relationship.