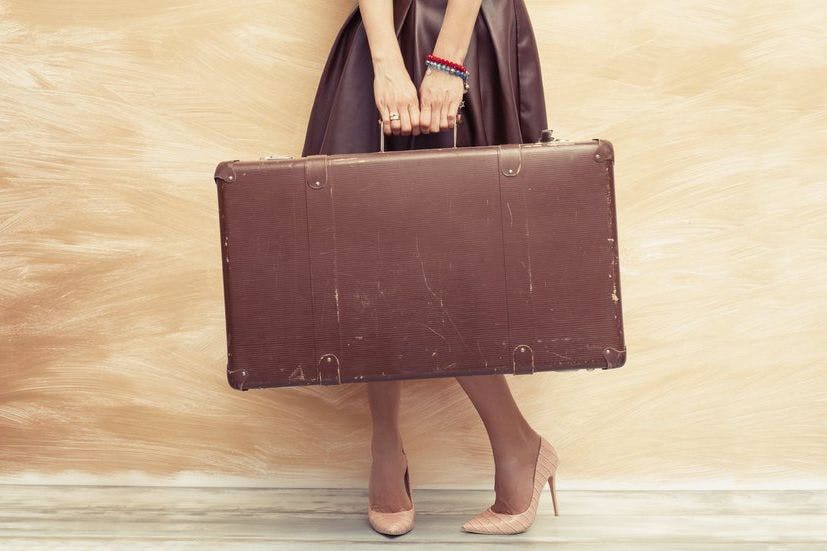 Ten ways to master the art of solo travel

Travelling on your own can be liberating stuff. No more waiting for friends to book time off work, no more wrangling with your other half on where to go… The world’s your oyster, but it pays to travel savvy as a solo, whether you’re an old hand or thinking about it for the first time.

Basic rules such as researching your destination, keeping in contact with people back home and getting insurance go a long way toward safe and happy travels. Plus, picking the right type of holiday for you – we’re talking joyful independence here, not the feeling you’re Norma no-mates.

We’ve put together our ten top tips and ideas for the solo traveller who wants to see the world on her own terms. Holiday for one… to go.

Not only one of the quickest countries to get to from Blighty, The Netherlands is also one of the safest and most welcoming for solo travellers. Avoid Amsterdam’s edge and head out on the peaceful open roads of Holland, just you and your two-wheeled steed, tinging past windmills and tulip fields. The Netherlands wrote the book on road safety – with separate, well-maintained bicycle roads criss-crossing the whole country and no need to play chicken with the traffic. Carry luggage with you and freewheel, or book through a company that will give you an itinerary and transport your bags from hotel to hotel. Whizzing along isn’t a workout – the terrain’s as flat as a bad hair day. But as far as being an easy rider goes, the experience is right up there.

Don’t dismiss cruising – it’s getting increasingly hip these days. Even Jarvis Cocker has done it – albeit performing on the SS Coachella music cruise. As a solo travelling option, it’s not only super-safe, but everything’s on hand, from food and spas to activities. And you don’t even have to unpack as you tick off Caribbean islands or European cities from the deck over a pina colada. Traditionally, single cabins on a cruise ship were a thing of legend – and sold out immediately. Then, in 2010, Norwegian Cruise Line launched its game-changing sleek studio cabins especially for solos, with no supplement. Now lines such as P&O and Royal Caribbean have followed in its wake. The tide is turning. Welcome aboard.

Finding yourself virtually demands you go off and meditate up a mountain on your own these days. So take that as a hint and book yourself a wellbeing break. The plus side: these types of holidays tend to draw solo travelers, have a ready-made focus and are usually held in peaceful, beautiful places. So far, so easy as a holiday choice. Go full out at somewhere like A-list uber wellbeing retreat Chiva Som in Thailand, or chill out on a relaxed yoga break amid olive groves in Italy with YogaWaves. You’ll get to spend some quality time with yourself and the universe – and that’s worth doing at any price.

Travelling solo doesn’t have to mean travelling alone. Join a group expedition and you’ll get the best of both worlds, freedom to roam – and like-minded restless souls if you want company. Group trips are especially good for travellers who want to visit some of the world’s more challenging destinations on their own with the added security of a group, a planned itinerary and back up. Dragoman’s overland camping trips, travelling in a converted lorry, head to places ranging from Burma to South America, while Explore offers more than 400 tours, from beaches to treks up the Atlas Mountains, with half of its customers travelling solo (and 60 per cent of those are women).

Spa resorts are increasingly clueing into the fact that you don’t need a sidekick to get the most out of a Jacuzzi soak, and many now court the solo traveller with good deals  – The BodyHoliday in St Lucia, for one, has a dedicated singles month in September. A good shortcut to finding the ideal spa for one is to book through a specialist spa holiday website. Wellbeing Escapes vets the spas on its site for their solo credentials; checking that they’re friendly for lone travellers, negotiates special singles room prices and provides private transfers from airport to hotel for each of their holidays.

The freedom to do whatever you want without having to fit in with anyone else can open up a destination – and cities offer so many exciting choices for a break toutes seules. Applying the same streetwise rules you use in British cities is commonsense, but there are destinations that are more relaxing for lone women than others. In my experiences, cities in places such as Turkey and Southern Italy, for example, can be more challenging in their cultural attitudes for solo women than laid-back Reykjavik or cosmopolitan Berlin. All of which doesn’t mean you should feel limited. But the savvy traveler is circumspect – and knows a little pre-holiday cultural research goes a long way.

Ski holidays have traditionally been a great way to travel solo, but with the sociability of a group on hand. If you’re not keen to wait for a chance email from a friend who’s “renting a chalet and wonders if you want to join”, then forge ahead and book your own group ski holiday. Mark Warner holidays has singles ski breaks (as in lone travellers, not those looking for love, although you never know…) in four French Alpine areas including Val d’Isere and Courchevel. The chalet hotels have single rooms, and there’s also the option to room with someone of the same sex to reduce the cost. Skiing too can be in a group or alone, meeting up with people for lunch, with social dining arranged for the evenings.

To hostel or not to hostel? If you’re holidaying solo, this kind of group accommodation can provide a cheap solution. But let’s face it: after the age of 21, sharing a dorm with snoring people and drying washing is more of a trial than a holiday. Plus hostels can pose security and safety concerns for the lone female traveller. All’s not lost, though. Stride down the Kungsleden hiking trail, cutting through three national parks in north Sweden, and you’ll find cosy huts with 2-4 bunks all a day’s hike apart. The huts, maintained by the Swedish Youth Hostel association, have great views, small shops, saunas and a warden on site – offering a secure and comfy place to kip for the price of a cheap Airbnb.

Who needs ‘far away’ to feel like they’re on holiday? We bet you haven’t explored a fraction of the UK – for a start, there are 267 inhabited islands in the British Isles alone – so think about a staycation. Head for the Scilly Isles off the Cornish coast with their subtropical micro-climate warm enough for palm trees, or go north for whiskey, magnetic mountains and mirror lochs on the Isle of Skye. Stay on the mainland for everything from buzzing cities to seaside towns and national parks that have made poets rhapsodize. If you need an itinerary then HF Holidays has guided walking holidays, based at its UK country houses, which are dedicated to solo travellers and have no single-room supplement.

10) Find a hotel without a single supplement

One of the biggest gripes about solo travel is the “single supplement”, hiking up the price of hotel rooms with only one occupant. It’s hard to avoid, but with some clever booking you can reduce the sting. Don’t be afraid to negotiate with the hotel directly, particularly for low season breaks. In the Med it’s quieter in May, September or October, and you’re more likely to get the supplement waived or at least a better deal. Other ways to swerve the “singles tax” are to consider sharing with another person of the same sex if travelling as part of a tour group or on a fitness break, or booking through operators that don’t charge the single supplement, such as Exodus or Intrepid Travel.