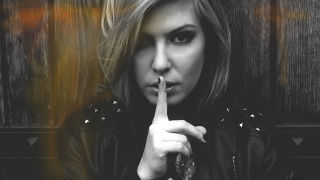 THE POWER OF SILENCE

Think back to the last time you had a few free moments. Chances are, you filled that time—probably without even thinking about it—by answering a few emails, doing a little work, cleaning, surfing the web, or catching up on your recorded TV shows. You probably didn’t say to yourself, I think I’ll sit in silence.

Yet most of us crave more down time, more stillness…so why don’t we make it happen? “Silence can make us uncomfortable because we’re so used to distracting ourselves from what we’re feeling—from difficult emotions like fear, resentment or anger,” says Stephanie Ludwig, PhD, MA, MDiv, Director of Spiritual Wellness at Canyon Ranch® Tucson. “When we’re truly silent, we have to face whatever is inside of us.” Instead, we keep moving and making plans and doing things for others. “We live in such a ‘doer’ culture—go, go, go, do, do, do,” Ludwig notes. “If we really knew the blessings that come with silence, we would definitely make more time for it.”

WHAT BEING SILENT MEANS

Being quiet and being silent are not synonymous, but Ludwig says they’re often seen as one and the same. “Being quiet is, in some way, equivalent to keeping your mouth shut—not making your voice heard. But being silent is more about entering a sacred place within yourself,” she says. “When you’re silent, an inner sanctuary opens up and your mind calms down and is freed from the endless cycle of thinking. I really love this explanation from Catholic Nun and Zen Master Elaine MacInnes: ‘Silence is the vehicle that takes us to the innermost center of our being, which is the place for all authentic practice.’”

THE BENEFITS OF PRACTICING SILENCE

Silence cultivates more awareness within us, Ludwig says. She recalls a 10-day meditation retreat based on Vipassana, an ancient technique designed to develop self-transformation through observing oneself, where there was no talking allowed: “It was really powerful—uncomfortable, but powerful. I became much more aware of myself, of my habits, my tendencies, the way I communicate—the good and the not-so-good.” Part of that heightened awareness is that time may seem to slow down. “An hour or even a minute can seem like a very long time,” she says. More silence in your life may also help you think more clearly. “There’s an increased comfort with yourself that comes with this practice and you might find yourself making decisions with more ease—maybe not initially, but over time.”

Part of your practice should be carried out when you’re in the company of your spouse, family, friends and colleagues. When we are silent, we’re able to listen a lot better, Ludwig explains, noting the appropriateness of the words “listen” and “silent” being anagrams of one another (both words containing the same letters). “So often we feel uncomfortable being in silence with another person. We feel like we have to keep talking, filling the space with words or distractions,” she says. When you’re silent and truly listening, though, you’re naturally able to be more present—to take in both verbal and non-verbal communication. “From that place of presence, you’re more open to learning about either the person speaking or something that’s being said.”

HOW TO PRACTICE SILENCE

When you’re by yourself:

Since engaging in silence may not come easily at first, Ludwig recommends establishing a daily practice of intentional silence lasting just five to 10 minutes. Turning off your devices—your smartphone, computer, tablet and any other gadgets—is crucial. “You can also set your alarm for 10 minutes earlier in the morning and just make a commitment to be in silence before you get out of bed. Keep it simple initially,” says Ludwig, who adds that it can help to create some sort of sacred area, like a room, corner or an outdoor spot, that you think of as your “silent space.”

Once you’ve settled into that routine, try other methods; just a few minutes of reflection here and there can be beneficial. Observe your surroundings—the changing sky as storm clouds roll in, the dog walker directing her pack, the older man helping his wife out of the car. Make it a more personal time—notice the curved lines on your palms, the feel of a passing breeze across your cheeks, the sound of your breath as you inhale and exhale. And then take it to a deeper level, reflecting inwardly on how you’re feeling. Maybe that sounds something like this:

I’ve been tired this week; I should do less tomorrow.
I really miss my mom today; maybe I’ll make that soup she always loved.
I’m not satisfied with my job; I really do want to start my own business.

Ludwig stresses that sitting isn’t required for a silent practice. “One of the misunderstandings is that we have to cease all activity. You can practice silence while you’re doing different activities—while you’re at the gym, eating lunch or grocery shopping.”

When you’re with others…

Whether you’re working on a project with a colleague or catching up with your husband after a long day, taking a simple pause before you respond to that person is a way of practicing silence, Ludwig says. That small moment can make a big difference in how the conversation continues. You can also choose to practice silence while you’re around other people even, if you’re not engaging with them. “You can do this on a crowded beach, in a restaurant, at the hair salon,” Ludwig says. “Practicing silence begins with your intention to do so.”

Silent retreats, like the one Ludwig attended, require more of a commitment—something you may feel you need if you feel more stress in your life or are dealing with a major change and consequently feel ready to devote some time to a deeper level of self-exploration and practice. Perhaps you feel lost about the direction of your life or you have a big decision to make. Ludwig says you can also plan a getaway—rent a house in the mountains or at the beach—where you can be by yourself. “Or it could be a Saturday night at home where you say, ‘I need this time for myself,’” says Ludwig. “If you’re intentional about taking that time for silence, you’ll reap the rewards.”