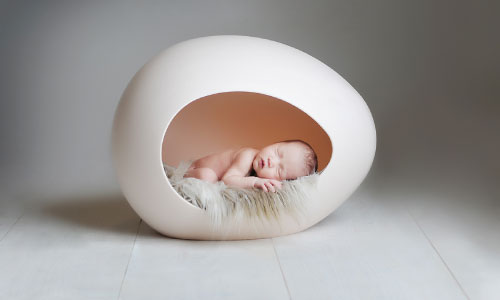 
Egg donation enables women who can’t get pregnant using their own eggs to give birth to a baby. Gay couples using a gestational surrogate to carry their baby also turn to donor eggs.

Egg donation opens the possibility of carrying a pregnancy up to women in diverse situations. Being post-menopausal is one well-known reason why women might turn to egg donation. This situation does not just refer to women in their late forties, fifties and even sixties either premature menopause brings an end to the reproductive lives of many women under 40 every year, and they too can benefit from donor eggs. A very poor egg quality, hormonal imbalances, and not responding to the ovarian stimulation that is required prior to IVF are other reasons to use an egg donor. Women who have hereditary diseases they don’t want to pass on to their children may also choose to use donor eggs. Gay men who would like to have a baby inevitably require some form of egg donation.

Egg donors may be known or anonymous. Egg donation enables the intended mother to carry the pregnancy (except in cases of surrogacy), and has the added benefit that the male partner’s sperm can be used to fertilize the egg. Embryo adoption, in which already created embryos no longer needed by people who had IVF are donated, is another option for some people who need donor eggs to have a baby.

The legality of egg donation varies enormously, as does the cost of using donor eggs. In some countries, egg donation is totally illegal. Germany and Italy are examples. In others, like France, the practice is only allowed if it is both anonymous and done for free. There are also countries in which the opposite is the case. In Canada, for instance, only known egg donors who provide their eggs at no cost are allowed. Then, you’ve got countries in which compensation isn’t a problem, but only known-donors are allowed (the UK), and countries in which both known and anonymous egg donation is legal, and egg donors may be compensated. America is an example of the latter. Anyone considering donor eggs should first familiarize themselves with the legal status of egg donation in their jurisdiction. Fertility tourism to obtain donor eggs is also increasingly popular, but be careful in some cases, fertility tourism can jeopardize the child’s right to the parents’ citizenship.

Once you have your legal issues covered, you can move on to choosing your egg donor. Those using a known egg donor will want to make sure she receives a completely medical checkup. This involves medical history, notably including hereditary diseases and birth defects in her family, as well as physical exams, STD testing, and psychological screening. In the case of anonymous donors, you may be able to choose the donor to match your own ethnicity and physical characteristics closely, depending on the availability of donors. Some people require their egg donors to be college-educated or have other personal preferences.

Egg donors undergo the same ovarian stimulation that any woman preparing for IVF goes through. These medications serve to produce as many eggs as possible during one cycle. The egg donor also receives ovulation-inducing drugs that allow the medical team to time her ovulation just right. She’ll be monitored closely with ultrasound and hormone blood tests to assess the status of the follicles. Before the eggs are retrieved, the pregnancy hormone hCG is given. (Women interested in donating eggs might like to read: Questions to consider before becoming an egg donor.)

While the donor undergoes her ovarian stimulation process, the intended mother also prepares for receiving one or more embryos. Her natural cycle is suppressed with medication, and her cycle is medically synchronized with the donor’s cycle. Once the eggs are retrieved from the egg donor, they can then be fertilized with the intended father’s sperm (or donor sperm) through IVF. The intended mother or surrogate will start on progesterone when the eggs are retrieved from the donor, and embryos created through IVF are transferred to the uterus between two and five days after egg retrieval (in the case of fresh embryos). Ten days after transfer, a blood pregnancy test can reveal whether the IVF cycle was successful.

The chance of success with donor eggs depends on the quality of the eggs themselves as well as on other factors, like the sperm quality and the health of the woman who gestates the embryos. Success rates are highest if all parties are in good health, and the gamete donors are younger. The risks involved in egg donation are the same as the risks involved in IVF in general, except two women will be taking risks. Fertility medication can come with side effects that are unpleasant, and dangerous in rare cases. The ovarian stimulation medication can lead to ovarian hyperstimulation syndrome (OHSS) in some cases.

This causes pain, nausea and vomiting, and shortness of breath and comes in milder and more severe forms. Before embryo transfer, embryo recipients will have to discuss how many embryos will be transferred to the uterus. Multiple embryos may come with a higher chance of success, but it is important to keep in mind that multiple pregnancies are more risky than singleton pregnancies.