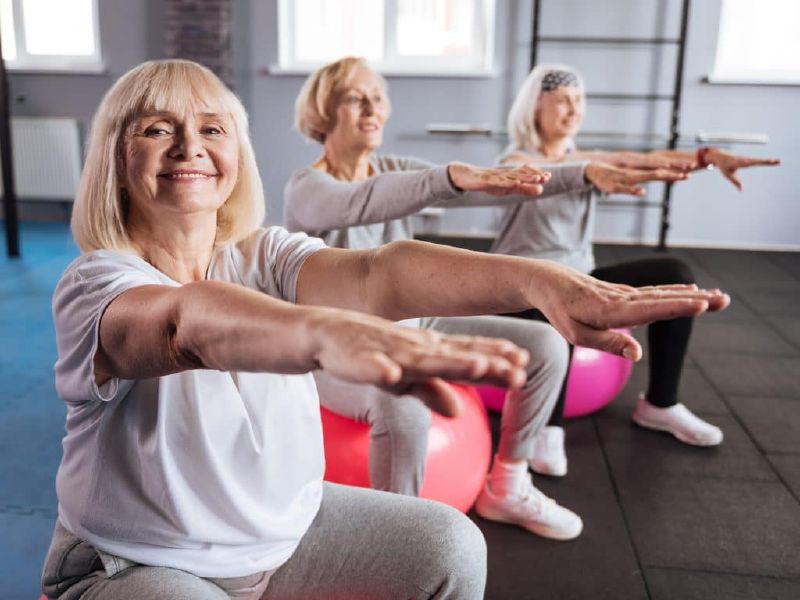 “Women who stay fit in middle age are 88 per cent less likely to develop dementia, a study shows,” reports The Sun.

A long-running study of 191 middle-aged Swedish women who took a one-off fitness test in 1969, found those with the highest fitness levels were much less likely to develop dementia than less fit women, and that if they did, they were on average 10 years older at age of diagnosis.

The study adds to evidence linking physical fitness with better mental health in later life. However, the relatively small size of the study, and its observational nature, mean we can’t be sure that high fitness levels protect against dementia. Other factors could be involved.

For example, genetics affect fitness levels as well as dementia risk, so the women’s genes could have played a part in the results. And in 1969 the technology to look at people’s genes in any great detail wasn’t available.

However, there’s no doubt that keeping active is one of the best ways to reduce your chances of dementia, along with eating a healthy diet, not smoking, only drinking alcohol in moderation, and keeping blood pressure and cholesterol levels in check. Find out more about how you can reduce your risk of dementia.

Where did the story come from?

The researchers who carried out the study were from the University of Gothenburg in Sweden.

The study has been funded by multiple funding bodies since it began in 1968, including the Swedish Research Council, Centre for Capability in Ageing and Alzheimer’s Association. It was published in the peer-reviewed medical journal Neurology, on an open access basis so it is free to read online.

The study was covered for the most part accurately by The Sun, The Times and the Mail Online. However, the Mail said that women “who were the most active in their 50s” developed dementia later, when the study didn’t actually assess women’s activity levels, just their fitness at one point in time.

What kind of research was this?

This was a population-based prospective cohort study. This type of study is useful to assess links between factors, such as fitness and dementia, but it cannot prove that one causes another. Other potentially confounding factors could also be important.

What did the research involve?

Researchers recruited women for the study in 1968, as a representative sub-set of the Swedish population, and followed them up until 2012.

Randomly selected women aged 38 to 60 were invited to take part in an exercise bike test, which checked their energy output (in watts) while cycling at their maximum capacity until exhaustion, as a measure of cardiovascular fitness. The 191 women who took part were followed up and assessed for dementia 6 times over the following 4 decades.

Women were categorised on their exercise test as low fitness (80 watts or less, or women who could not complete the test), medium fitness (88 to 112 watts) or high fitness (at least 120 watts).

At the end of the 44-year-long study, researchers looked at how fitness levels were linked to people’s chances of having been diagnosed with dementia, after adjusting figures to take account of socioeconomic, lifestyle and medical factors.

What were the basic results?

Women with the highest fitness levels in midlife were least likely to have developed dementia:

Among women who did get dementia, those with highest fitness levels in midlife were likely to be older when diagnosed – on average 90 years old compared to an average 79 years old for women of medium fitness.

However, the age of death did not seem to be affected by fitness level in midlife. Average age of death was around 80 years for all women.

How did the researchers interpret the results?

This study adds evidence to the theory that cardiovascular fitness is an important part of the picture when it comes to dementia prevention.

Unlike previous studies, this one looked at an objective measure of cardiovascular fitness, through the exercise test, rather than at how much exercise people did, or how they rated their own fitness.

As the researchers point out, cardiovascular fitness is not entirely down to how much exercise you do – it is partly determined by genetic factors. So the study can’t tell us whether exercise alone is likely to reduce dementia risk.

The study has some limitations. It was relatively small, and because it ran for so long, many women dropped out or died before the end. This means the results may underestimate the number of women who get dementia.

The exercise test used was not the “gold standard” test of cardiovascular fitness used nowadays (the researchers used 1960s style exercise bikes), and it was only done once. That means we don’t know how fitness measurements would compare to fitness measurements done today, or how women’s fitness changed over time.

Also, because only Swedish women took part in the study, the results may not apply to men or to other national groups.

When it comes to preventing dementia, there are no guarantees. The condition seems to have many causes, and there’s no clear consensus on which elements are most important. However, there are some things you can do that may reduce your risk of developing dementia: