You may have heard about this hormonal disorder because it’s one of the most common reasons to pursue fertility treatments. But you might not be aware of these misconceptions and risks linked with the syndrome. 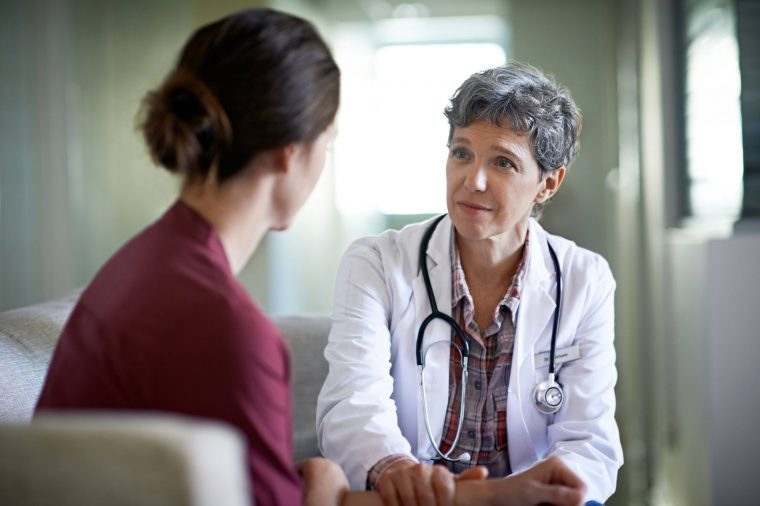 iStock/kupicooPCOS occurs when a woman has a lot of resting follicles (fluid collections that hold eggs), but doesn’t actually ovulate. Typically, one of those follicles releases an egg from the ovary during ovulation, but this doesn’t happen with polycystic ovaries. “Most women have 10 to 15 total resting follicles on ultrasound, but women with polycystic ovary syndrome may have 10 to 20 on both ovaries—20 to 40 or more total,” says Lora Shahine, MD, a reproductive endocrinologist at Pacific NW Fertility. Dr. Shahine also says that some patients wrongly associate cysts with disease, but women have “cysts” every cycle — it becomes an issue when the number of follicles are extremely high. Make sure you know these 8 PCOS symptoms.

iStock/PeopleImagesPolycystic ovary syndrome is very common, but not easily diagnosed. Providers use the Rotterdam criteria, meaning patients must have two out of three symptoms: irregular menstrual cycles from irregular ovulation, excess androgen activity, and polycystic ovaries. Often, the combination of symptoms goes unnoticed because patients speak with separate doctors about these issues individually, causing an information gap. For example, you might see a dermatologist for acne, but not think to talk to your gynecologist about it.

Doctors don’t know what causes it

iStock/7postmanAccording to the American College of Gynecologists and Obstetricians (ACOG), the cause of polycystic ovary syndrome is not known, but it may be related to many different factors working together. In addition to an irregular menstrual cycle and increased levels of androgens that interfere with ovulation, another factor may be insulin resistance. Up to 80 percent of women with the syndrome are obese, and insulin resistance (a problem with how food is converted to energy) is also common in people with obesity. Insulin resistance may increase androgens; but, it’s still unclear exactly how all the factors are connected.

You can be thin and still have it 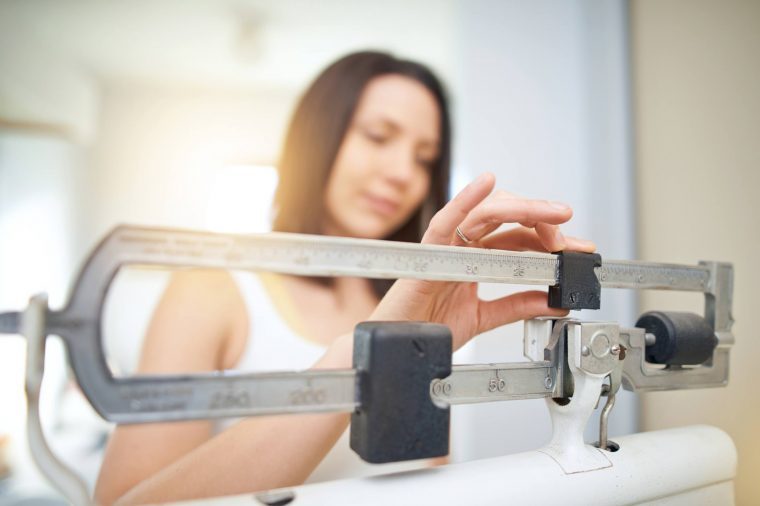 iStock/AJ_WattYou might already know that polycystic ovary syndrome is more common in women who are overweight or obese—but that doesn’t mean thin women can’t have it too. Because of this, it’s very unclear how exactly women develop the syndrome. There is a familial link—according to the U.S. Department of Health and Human Services, you are more likely to have it if your mother, sister, or aunt did. “We know it runs in families but we have not found a specific genetic mutation yet,” Dr. Shahine says. Don’t miss how to lose weight if you have PCOS.

The pill can mask symptoms 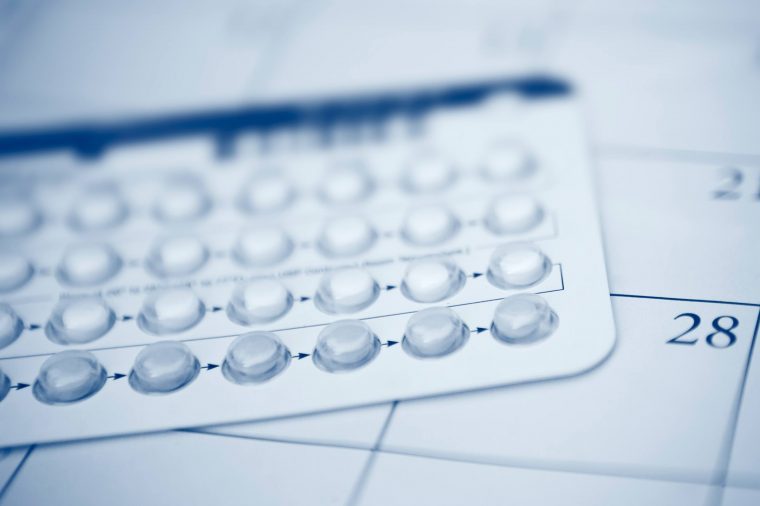 iStock/jessicaphotoAnother factor that can make diagnosing polycystic ovary syndrome so difficult is that many women who aren’t trying to get pregnant are on birth control pills masking the most common warning sign, irregular periods. So, a woman could have the syndrome throughout her 20s, but not find out until she goes off the pill in her 30s to try to get pregnant, thus putting off the diagnosis process. It might take her longer to get pregnant, and she may be at risk for other associated health issues. However, the pill is actually also the PCOS treatment for symptoms in women who are not actively trying to get pregnant. These are the 8 period problems you should never ignore.

It is linked to heart disease iStock/RemainsOne of the most dangerous health problems associated with polycystic ovary syndrome is cardiovascular disease, including high blood pressure and high cholesterol. A recent study from Europe found that women with the condition were two to five times more likely to develop metabolic syndrome than those without. Although this doesn’t mean that polycystic ovary syndrome causes the increased risk, it is a concerning correlation. Brent J. Gray, MD, an OBGYN at PIH Health, says that the excess weight typically associated with PCOS is what contributes to the high risk.

It is a risk factor for diabetes

iStock/kupicooAlong with heart disease, another part of metabolic syndrome is a risk of diabetes, so it’s not a surprise that polycystic ovary syndrome is linked with that condition as well. According to research, more than half of women with the condition will have diabetes or pre-diabetes (glucose intolerance) before 40 years old. Women with PCOS are screened for diabetes more than most people because insulin resistance is a common symptom, Dr. Gray says. This is especially true for women who are overweight—but some studies have shown that even women of normal weight may be at increased risk of glucose intolerance.

Many women also have sleep apnea

iStock/yokaewAnother condition shown in studies to have an indirect association with polycystic ovary syndrome is sleep apnea, which is a problem breathing at night. Again, this has to do with a high BMI. “The excess weight can be the cause of sleep apnea,” Dr. Gray says. According to the National Sleep Foundation, people who are overweight are more likely to have compromised respiratory function.

Women with PCOS are at risk for anxiety and depression

There’s a link between PCOS and cancer

iStock/XesaiPerhaps scariest of all, women with polycystic ovary syndrome have an increased risk of endometrial cancer, mainly because they don’t have regular menstrual cycles. Any excess weight is also a risk factor, Dr. Gray says. According to ACOG, women with the syndrome tend to develop endometrial hyperplasia due to the lining of the uterus becoming too thick. This happens because of the lack of ovulation—ovulation normally triggers the production of progesterone, but if ovulation doesn’t occur, the lining may continue to grow in response to estrogen.