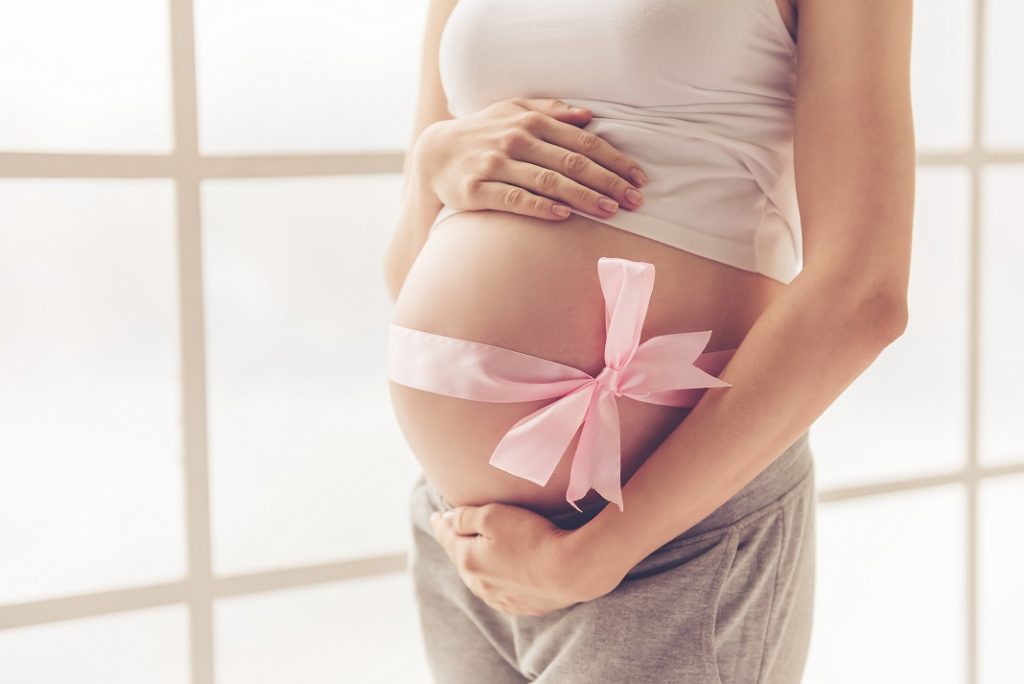 An ectopic pregnancy is when a fertilised egg implants itself outside of the womb, usually in one of the fallopian tubes.The fallopian tubes are the tubes connecting the ovaries to the womb. If an egg gets stuck in them, it won’t develop into a baby and your health may be at risk if the pregnancy continues.

Unfortunately, it’s not possible to save the pregnancy. It usually has to be removed using medicine or an operation.

Symptoms of an ectopic pregnancy

An ectopic pregnancy doesn’t always cause symptoms and may only be detected during a routine pregnancy scan.

If you do have symptoms, they tend to develop between the 4th and 12th week of pregnancy.

Symptoms can include a combination of:

But these symptoms aren’t necessarily a sign of a serious problem. They can sometimes be caused by other problems, such as a stomach bug.

Read more about the symptoms of an ectopic pregnancy.

When to get medical advice

Contact your GP or call NHS 111 if you have a combination of any of the above symptoms and you might be pregnant – even if you haven’t had a positive pregnancy test.

An ectopic pregnancy can be serious, so it’s important to get advice right away.

Your GP will ask about your symptoms and you’ll usually need to do a pregnancy test to determine if you could have an ectopic pregnancy.

You may be referred to a specialist early pregnancy clinic for further assessment, where an ultrasound scan and blood tests may be carried out to confirm the diagnosis.

When to get emergency help

Call 999 for an ambulance or go to your nearest accident and emergency (A&E) department immediately if you experience a combination of:

These symptoms could mean that your fallopian tube has split open (ruptured). This is very serious and surgery to repair the fallopian tube needs to be carried out as soon as possible.

A rupture can be life threatening, but fortunately they’re uncommon and treatable, if dealt with quickly. Deaths from ruptures are extremely rare in the UK.

How an ectopic pregnancy is treated

There are 3 main treatments for an ectopic pregnancy:

You’ll be told about the benefits and risks of each option. In many cases, a particular treatment will be recommended based on your symptoms and the results of the tests you have.

Some treatments may reduce your chances of being able to conceive naturally in the future, although most women will still be able to get pregnant. Talk to your doctor about this.

Help and support after an ectopic pregnancy

Losing a pregnancy can be devastating, and many women feel the same sense of grief as if they had lost a family member or partner.

It’s not uncommon for these feelings to last several months, although they usually improve with time. Make sure you give yourself and your partner time to grieve.

If you or your partner are struggling to come to terms with your loss, you may benefit from professional support or counselling. Speak to your GP about this.

Support groups for people who have been affected by loss of a pregnancy can also help.

Read more about dealing with loss and find bereavement support services in your area.

Trying for another baby

You may want to try for another baby when you and your partner feel physically and emotionally ready.

You’ll probably be advised to wait until you’ve had at least 2 periods after treatment before trying again to allow yourself to recover.

If you were treated with methotrexate, it’s usually recommended that you wait at least 3 months because the medicine could harm your baby if you become pregnant during this time.

Most women who have had an ectopic pregnancy will be able to get pregnant again, even if they’ve had a fallopian tube removed.

Overall, 65% of women achieve a successful pregnancy within 18 months of an ectopic pregnancy. Occasionally, it may be necessary to use fertility treatment such as IVF.

The chances of having another ectopic pregnancy are higher if you’ve had one before, but the risk is still small (around 10%).

If you do become pregnant again, it’s a good idea to let your GP know as soon as possible so early scans can be carried out to check everything’s OK.

What can cause an ectopic pregnancy?

In many cases, it’s not clear why a woman has an ectopic pregnancy. Sometimes it happens when there’s a problem with the fallopian tubes, such as them being narrow or blocked.

The following are all associated with an increased risk of ectopic pregnancy:

You can’t always prevent an ectopic pregnancy, but you can reduce your risk by using a condom when not trying for a baby to protect yourself against STIs, and by stopping smoking if you smoke.